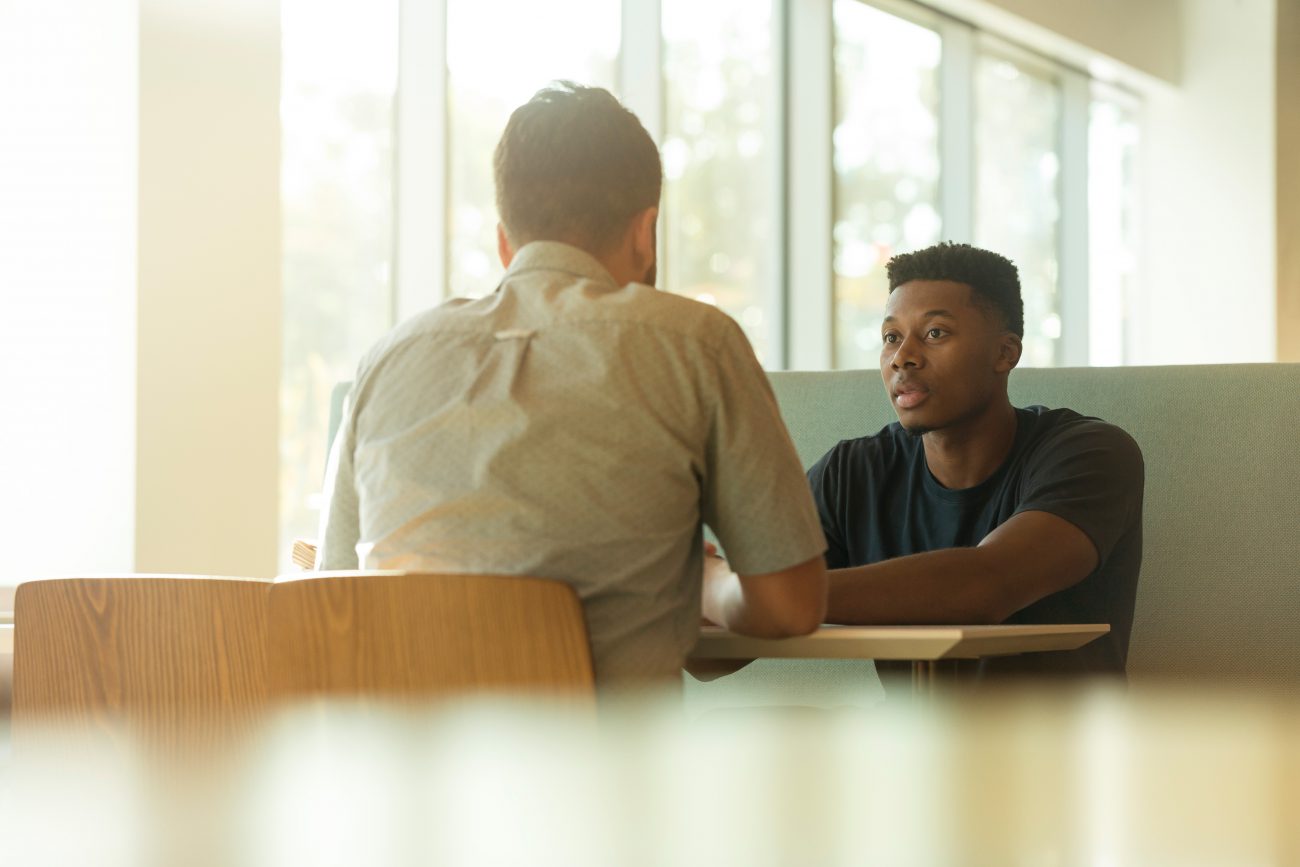 “Damn, that must suck right now. What are you writing about?”

*Laughs*….. “Wait really? You’re actually choosing to write about that. Athletes just can’t be anything else huh?”

That exchange started a conversation I had at lunch in the fall of my senior year at Amherst College. I wasn’t that close with this individual, but close enough to the point where her response made me feel both insecure and frustrated in that moment. It took me about 20 minutes over a meal to break down why I chose to spend a year researching the business side of college sports and its effect on preparing student-athletes for the real world. Even though she nodded through that conversation and asked a lot questions, I still felt that she looked at me as an athlete who could only write about sports if given the option.

I can’t count how many times I had conversations like that one. In the moment I really just wanted people to get it. I wanted them to understand that there was more to college sports than playing the game. But I also knew the fact I was having those conversations was in part why I felt compelled to write that thesis in the first place. So if you ask me today why I chose to write about college sports, I’ll confidently tell you it’s because I was insecure. Looking back on my four years as a student-athlete, I spent a lot of unnecessary time questioning myself.

Am I here just because of basketball?

Do I have what it takes to succeed academically?

Am I the only athlete that feels like this?

I never overcame those insecurities enough to really talk about them openly. My way of proving to myself that I did in fact belong was to challenge myself to graduate with honors. So I used my experience to sociologically explore how college sports prepares athletes to transition beyond the game.

Given all the time I spent exploring life after sports before it became my reality, I was extra prepared to no longer be a student athlete right? Wrong! After I graduated, it took two months before I landed a job in Atlanta, running an entrepreneurship accelerator program out of Emory University’s Goizueta Business School. Being new to the working world and the city of Atlanta, I tried to meet as many people as I could. I would usually introduce myself like this:

“Hi I’m David. I just graduated from college and moved here for my new job.”

“Nice! Welcome to Atlanta. Where’d you go to school?”

“Amherst College. I played basketball there too actually.”

Somewhere in those introductions, I would quickly slip in the fact that we won a National Championship. After all, I knew it was a really cool fact about me. And what happened after those exchanges challenged me. Some people did in fact think it was cool, but a lot of people didn’t spend time lingering on about my glory days. So after all that time spent in school trying to prove myself I was more than an athlete, I realized it was the only way I truly saw myself once I left that environment.

So who was I? And what was I passionate about beyond sports? Based on the conversations I was having and my struggles to describe myself in other ways, these questions forced me to develop new identities. After finishing our careers as college athletes, we’re not only challenged with adjusting to the working world, we’re tasked with figuring out what we’re going to be as passionate about. So how did I do that when basketball was no longer a staple of my daily life? I invested time in interests I never explored.

In college I loved going to spoken word poetry slams, but I was also too scared to try my hand at it. As athletes our schedules are packed. We have to balance school and sports, giving us less free time than other students. In Atlanta, I had no excuses. Every week I would attend a different show. And after watching enough of them, I started writing. After weeks of scribbling out bad poems, I got the courage to perform an original piece at an open mic event. Was I the best spoken word poet that night? Hardly. But the feeling of being on stage and putting myself out there was something I knew I wanted again.

I then started attending improv comedy shows. My interest in improv started in high school, when I took an introductory class for a semester. In college I would also attend improv shows, but again, I left my interest on the sidelines thinking I was too busy to commit time to it. I attended improv shows regularly for about a year before I decided to take a class again. And after taking a class and doing my first show, I’ve been taking classes and doing improv twice a week. Am I taking improv to get to Saturday Night Live like a lot of my classmates? Not at all. But diving into unsketched and improvised comedy has helped me become more open, a better public speaker and someone who embraces risks.

The last interest that I’ve developed is one in entrepreneurship. This one came through my work experience. In Atlanta, I got to work with small businesses and entrepreneurs to help them take the first steps in starting their companies. I’ve since moved to New York to work for an organization that helps entrepreneurs in emerging markets scale and drive high-growth businesses. All of this exposure to entrepreneurship, which I first had only after I left school, inspired me to work on my own venture, which I’ve been developing on nights and weekends.

When I meet people today, I actually play a little game with myself. I challenge myself not to talk about the National Championship right away and see how well I can get them to know me without mentioning my athletic past. If you asked me who I was the year after I graduated from school, I would have told you that I was a former college athlete. Today, I’ll tell you that I’m an aspiring entrepreneur who does improv comedy for fun. And I just so happen to have played a little basketball I guess. Did I have an amazing college career? Absolutely. But given the ways in which I’ve grown since college, I only wish I would have started to explore different identities earlier.

So if you’re a student-athlete now, don’t wait as long as I did to see what you might be interested in or good at. The reality is that the last time you take off that jersey is closer than you want it to be. And when you do step out into the real world, I’m going to ask you who you are.

I challenge you to see yourself and develop as more than the athletes you’re training to be. And just like taking that shot on the court, throwing that deep pass on the field, or stepping up to the plate and swinging, you’ll never have a chance at knowing the answer until you go for it.