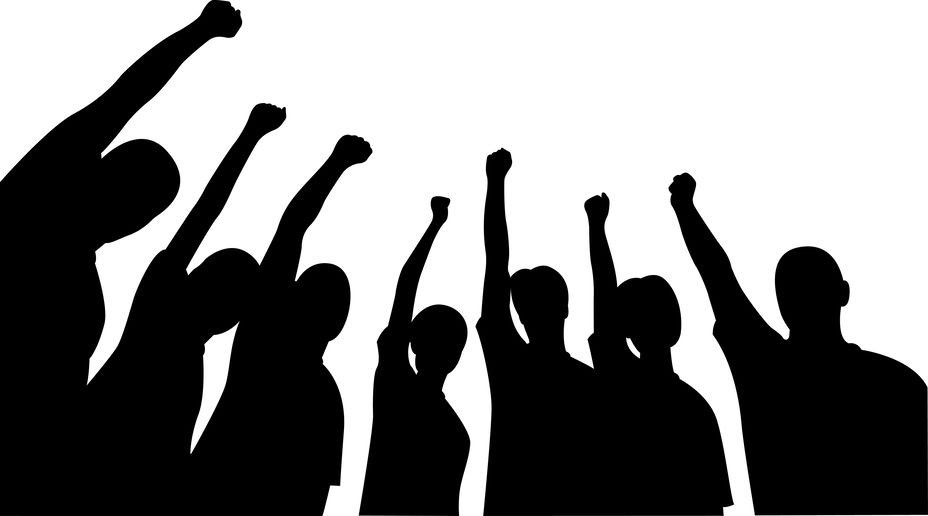 Let’s just keep it real… racism has been embedded in America’s DNA since the formation of this country. Black people were brutally sold into slavery and shipped across the ocean against their will to serve as a free labor force for European slave owners in order to generate economic gain. This was the beginning of a multi-generational trauma that Black people have endured due to a combination of radical greed and racism. Racism is unequivocally stitched into the stained fabric of the United States, and it is intertwined with the moral complexities of the founding and evolution of America.

Subsequently, race is the inevitable lens through which we see our world. No matter how color-blind someone may claim to be, it is impossible (or naive) to completely ignore race.

In modern history, however, sports have provided an equal playing field where opponents and teammates alike are not bound by race. Yet despite the freedoms that lie within the art of sport, there are systemic racial barriers that persist like storm clouds within the many layers of athletics. Despite these challenges, we are often reminded that sports present an opportunity to engage, connect, learn, and grow, regardless of our race.

During the Trey Athletes Fireside Chat: Race & Sports, we got the opportunity to hear from Marcus Stroud, a former Princeton linebacker turned venture capitalist and an all-around exceptionally accomplished human. The Louisiana-born and Texas-bred grandson of sharecroppers and the great-grandson of slaves, Marcus is a proud product of his ancestors’ prayers and a living reality they probably never could have fathomed. While attending Princeton, Marcus and his roommate connected over an intriguing desire and dream: venture capital. Marcus was extremely passionate about the opportunities that sports provided him; athletics exposed him to spaces, places, conversations, and people that he may have never engaged with had he not been an athlete. While Marcus alluded to not always knowing how to navigate his journey, he knew to take steps forward and to ultimately live by his standard of excellence, which was to “think differently.”

As a kid, Marcus’ mother sent him to a Stanford science camp in the sixth grade; and although this may seem like a small gesture, opportunities like this are what caused his mindset to shift toward a paradigm that was unique when compared to those around him. Playing football at Princeton was already a culture shock for Marcus, but the world of venture capital was an even more unlikely space that he soon embraced. Being in rooms where you don’t see any familiar faces, let alone any faces that look like you, can be intimidating for many; but for Marcus, he saw his diversity as an advantage, and he gives credit to sports for that competitive and fearless mindset.

Despite Marcus’ refusal to let systemic racism cage him in, he understands that it’s a reality which impacts different people differently, and there needs to be a cultural shift in sports. Marcus believes it starts with the athletes — he urged us to “think differently,” which was something that Marcus embraced growing up. He didn’t idolize athletes — they had enough fans. He was instead captivated by the businessmen who ran the leagues.

Marcus highlighted that in the two most popular sports in America, football and basketball, there are predominantly Black individuals who serve as the face of the franchise, but predominantly white individuals are signing the checks and the contracts. Additionally, primarily white businessmen are making the fundamental legal and business decisions for these teams and institutions, and this must change. Marcus highlighted that many colleges are profiting off the hard work of primarily Black athletes— according to the NCAA’s Demographic Database, more than half of Division I college basketball and football players are Black. While we’ve seen recent acceptance of the Black athlete as spokesperson and social influencers, they are still often neglected academically — according to Dr. Shaun Harper at the University of Southern California, almost half of all Black male athletes at Power 5 institutions never graduate from college. Colleges aren’t doing enough to support the intellectual capabilities of athletes. There should be internship programs, career readiness programs, and professional development to help prep for life after sport. Only 2 percent of collegiate athletes make it to the pros, so what about the other 98 percent? Systemically, minorities have used their bodies to benefit athletic institutions monetarily, but rarely do they claim robust benefits in return… but as Marcus would say, it is time to think differently.

Historically, Black athletes have been celebrated for their athletic accomplishments while their success in other endeavors hasn’t been adequately recognized. While this reality is tied to the culture of sports in general, race has been a driving force behind this lack of acknowledgement for Black athletes. Sports and society parallel each other through the infiltration of the limiting mindset towards Black athletes; and in order to challenge this aching actuality, we must think differently and beyond the ball.

There are countless athletes that have excelled on the court or field, but it is also important to recognize their intellectual and civic achievements in order to provide our youth with a different lens. Black athletes have defied the status quo for centuries, challenging the racial box that society has created for them which attempts to diminish their value beyond that of their physical capabilities. The social construct of race is only limiting if you allow it to be, and there are so many inspirational examples that have shown us that we all can stretch ourselves beyond our athletic talents.

As athletes, we share the commonalities of our hard work, failures, successes, tribulations, and triumphs; but we should all dare to think outside the box and develop ourselves beyond the ball — because one day that ball will stop bouncing. Use the game, as opposed to letting the game use you. And prepare yourself for a successful future by thinking differently.