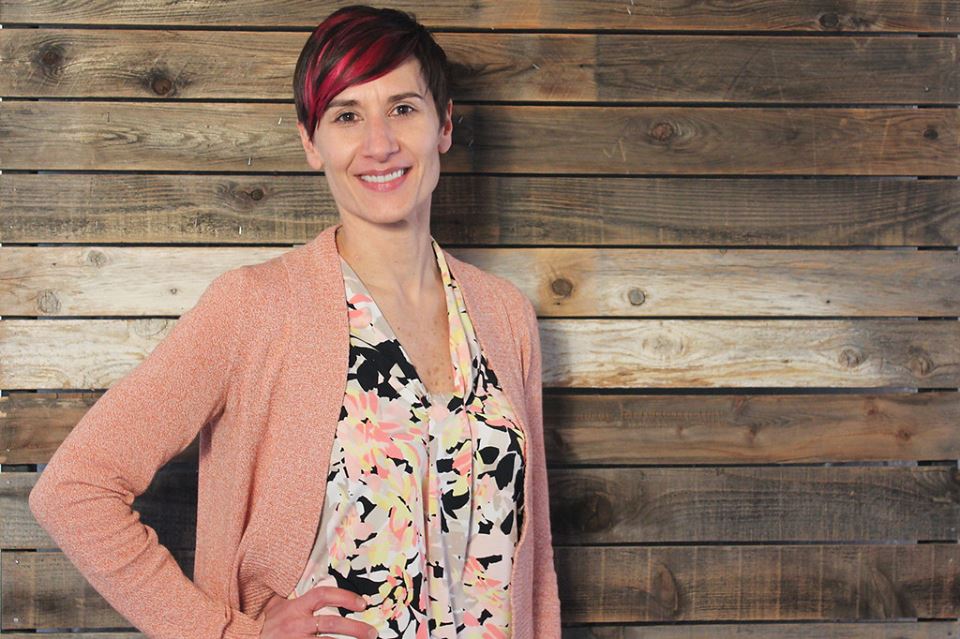 I didn’t know Brandon personally. But as I sat there, for almost an hour, reading through all the final goodbyes from family, friends, and former teammates, I just wanted Brandon back and a chance to tell him…I get it. His suicide shook me because there was a time when I would have wanted you to read my name instead of Brandon’s.

I can’t put my finger on an exact time or event. It was a slow descent into depression and anxiety that influenced at least ten or more years of my life after college.

And so I need to take you back to high school, maybe even before that, and tell you that I have always been an athlete. Sporting a reversible green-and-yellow Parks and Rec jersey through elementary school, traveling the country to play AAU basketball as a teenager and then multiple sports (volleyball and basketball) in high school. Always part of a sports community. Always part of a team.

Then after high school, I joined the select group who receive college scholarships to continue to play the sport we love (only 2% of high school athletes move on to play sports in college). It was an absolute blessing and a curse. A curse? Really, that feels a bit dramatic. But yes, for years it played out like a curse.

Now don’t get me wrong. I absolutely loved playing and I was good. In fact, I had much of my identity wrapped up in the success I had in sports. And after a stellar freshman year, the next three years were not as smooth. Sophomore year I was a disappointment and self-doubt started to seep in and steal my confidence. Little by little the self-doubt replaced the self-assured athlete and left me desperate. I began to question my worth.

What was I if not successful at sports?

At this point in my life, as a people-pleasing twenty-something, I did not know how to articulate the battle that was raging in my brain. How did I explain to someone else the war that was constantly going on as the little voices of self-doubt began to get louder?  I wasn’t equipped to tell them to shut-up and I was equally unequipped to ask for help. I had always been capable. I should be able to pull through this on my own.

Sinking deeper and deeper, after college I turned to self-medicating with too much exercise and not enough food. If I couldn’t control these overwhelming thoughts of anxiety and depression, I could control how much I ate (or didn’t eat) and I could control the amount of time I spent in the gym (more than was healthy). Being in control of this destructive behavior had a payoff for me. Although to a stranger I looked sick, the bones peeking out from under my skin told me a different story.

They told me I was in control. See those bones sticking out? Look at what I can do, they said. See how thin my arms can get? Look at that discipline, they cried.

I had discovered a power to create what I wanted with my own body. And even if it was leading me straight down a path of destruction…that was not the story I heard. (I have come to realize now how distorted our inner voice can become when we forget what it sounds like and it becomes so faint we can’t recognize it anymore.)

So I pursued this like any dedicated athlete would. I applied the same grit and determination I had on the court to my new “game” and it stole years from my life. At one point, after several miscarriages, I looked at my husband and thought to myself,  ”I am destroying his chances of having a family” and I knew I needed help. But still, I had trouble reaching out.  Again, I told myself, you have always been capable. You should be able to get through this on your own. Years went by and isolating myself became the norm. I built up a wall to protect myself and it became my prison instead.

And I was embarrassed. I didn’t want to be like this. I didn’t want to have “these” problems. Mental health issues aren’t as visible to others as other diseases. And as I looked around and compared myself to everyone I knew who was achieving what they were called to be in their lives…I felt like a failure.

The desire to die, in my case by starving myself, is not something I had the capacity to discuss with anyone…not even my husband. Hiding it, pretending I was fine and trying to get through each day consumed me for years. And the story would have ended up like Brandon Bourbon’s  if not for the grace of God and the communities He put me in to restore my mind, body, and soul.

Beth Fisher Jessop is a former college basketball player now raising her own athletes. Through her company and community, Sports Moms United, she is on a mission to provide other sports moms with all the resources they need to raise a nutritionally, physically, and mentally fit athletes.