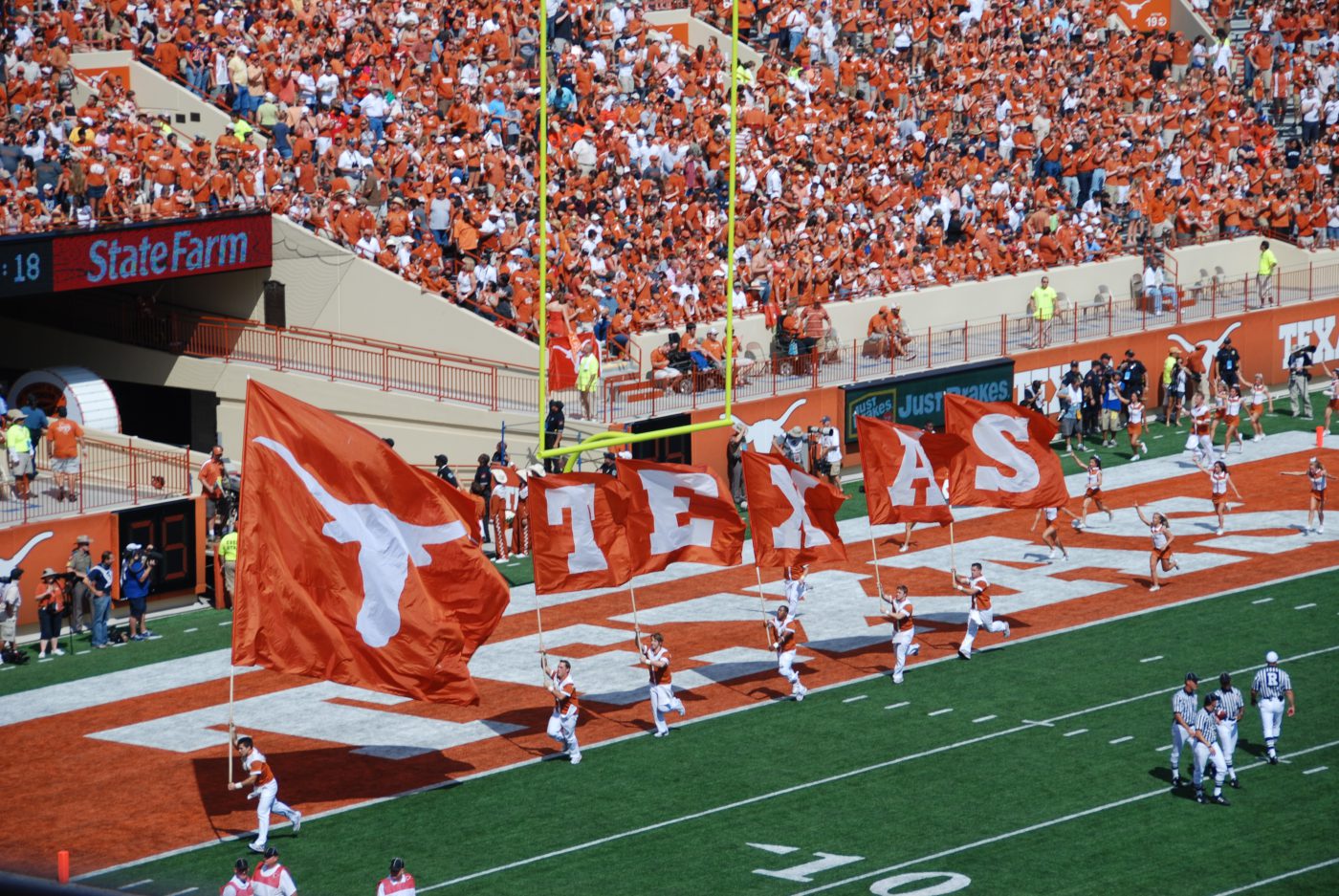 Something strange played out in American college athletics this summer.

While our nation rallied in the wake of police brutality, organizing and demonstrating with a renewed focus on eradicating systemic racism, student-athletes took to the front lines. Players with massive social media followings provided real-time feedback to virtual stadiums of fans and observers, attentive to their every word. And when the University of Texas at Austin football team presented a list of requests to UT administrators, the eyes of Texas (and America) flocked to student-athletes like tailgaters outside Darrell K. Royal – Texas Memorial Stadium.

But the strange part was what happened next.

When Americans saw Black student-athletes’ impassioned tweets, their calls for social justice, and their requests to rename buildings, some Americans congratulated themselves.

Maybe the college sports system isn’t so merciless after all, some thought. Student-athlete activism means that players are empowered to enact real social change, and college sports provided them with this platform, others added.

Young people aren’t typically history buffs, the article pointed out. But because of America’s current focus on dismantling racial inequities, “they’re catching up now, and with a vengeance.” For the first time, the article said, college student-athletes are taking account of facts and demanding change.

Just make sure you have perspective on this issue, like any issue, the article warned. We need “an open accounting of the facts,” not an impulsive dismissal of school history.

The article, like many Americans, recognized that student-athletes speaking out about social justice is a good thing. It’s also a new thing – facilitated by massive fan followings on social media and nationally-televised games.

But unlike the article seems to suggest, the UT football players were not working to correct a history textbook. They do not want to rename a building to ignore or erase the academic legacy of UT mathematician and avid segregationist Robert Lee Moore. They do not want to recognize Julius Whittier, UT’s first black football player, to correct an abstract injustice. They live every day, and play every game, in the shadow cast by our nation’s history of racism.

And of that Black athletic majority, on average, only about half will graduate college, compared to more than 75% of all Power Five undergraduates. Further, Black male student-athletes’ graduation rates are declining in many schools, according to a 2018 study from the USC Race and Equity Center.

Of those Black athletes who do graduate college, there’s reason to doubt their degrees will prepare them to “go pro” in something other than sports. Colleges have a history of prioritizing an athlete’s eligibility over his education. A 2018 article by the Chronicle of Higher Education revealed that Auburn University purposely clustered athletes into a major, and academic deans of the school admitted it had little to no job market value. The classes were easy to pass, though. And eligible athletes help their teams win games.

Are these athletes truly empowered? There’s a reason that civil rights historian Taylor Branch says NCAA revenue sports carry “an unmistakable whiff of the plantation,” and it’s the same reason that Black student-athletes are taking a stance.

Black players are not speaking out because we crafted a system that empowers and prepares them for lifelong success. Instead, the system all too often fails them. And as a society, so do we.